Showing posts from January, 2021
Show all

When and where do use capital letters? 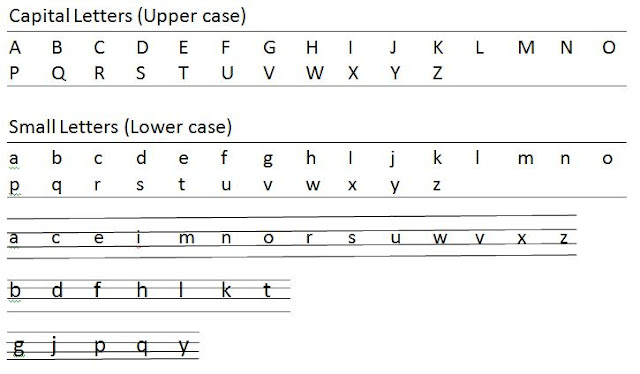 Alphabets in (English Language) Latin alphabet also called the Roman alphabet, the standard script of the English language and the languages of most of Europe and those areas settled by Europeans. Total 26 Cursive  is a style of writing  in which some characters are written joined together in a flowing manner, generally for the purpose of making writing faster, in contrast, to block letters.
3 comments
Location: Plot -1, Street -1, Sector -3, Mahaveer Nagar Extension, Mahaveer Nagar, Kota, Rajasthan 324009, India
Read now »

Phonetics Introduction - Why do spellings appear different from what we pronounce in English?

- January 26, 2021
The study of linguistic sounds and symbols is called Phonetics . The study of systems of sounds, often the sound system of a particular language is called Phonology Phonetics Linguistic sounds are produced by pushing air from the lungs out through the mouth, sometimes by way of the nasal cavity. The movement of the air can then be manipulated by the anatomy of the mouth and throat to produce different sounds. In the actual writing, the same sound may often be spelled in different ways. Linguists use a phonetic alphabet called the International Phonetic Alphabet (IPA). Many IPA letters are the same as those of the English alphabet, so we place IPA spellings in square brackets to indicate that they are phonetic spellings. Consonants Sounds Consonants are produced by restricting and then releasing the flow of air in three ways: vibrating the vocal cords, changing the part of the anatomy, which restricts the airflow, and changing the extent to which the airflow is restricted
Post a Comment
Location: Plot -1, Street -1, Sector -3, Mahaveer Nagar Extension, Mahaveer Nagar, Kota, Rajasthan 324009, India
Read now »

- January 23, 2021
Alliteration  is a poetic technique in which the beginning sound is repeated in words for effect. Tongue twisters often use alliteration to create catchy phrases. In this figure of speech, two or more words begin with the same letter or syllable. Notice the effect of alliteration as you try to say the following tongue twisters: Examples 1.        Potatoes, peas, and pumpkin are greengrocer's goods. Here three words, in the beginning, begin with the letter 'P' and three words, in the end, begin with the letter 'g'. 2.        This miss is Sister Kissler. Here 'is' pronunciation is repeated in 'this' 'is' and 'sister' and 'iss' is repeated in 'miss' and Kissler'. Alliteration is the repetition of a speech sound in a sequence of nearby words. The term is usually applied only to the consonants, only when the recurrent sound begins a word or a stressed syllable within a word. In Old English  Alliterative Meter (Having th
Post a Comment
Read now »

- January 23, 2021
A simile is a rhetorical figure expressing comparison or likeness that directly compares two things through some connective word such  as  like, as, so, than, or a verb such as resembles. Although similes and metaphors are generally seen as interchangeable, similes acknowledge the imperfections and limitations of the comparative relationship largely than metaphors. Examples:    Using 'as' - The use of 'as' makes the simile more explicit. 1.         She walks as gracefully as a cat. 2.         He was as hungry as a lion. 3.         He was as mean as a bull. 4.         That spider was as fat as an elephant. 5.         Cute as a kitten. 6.         As busy as a bee. 7.         As snug as a bug in a rug. 8.         Eyes as big as dinner plates.   Using ‘like’ - A simile can explicitly provide the basis of a comparison or leave this basis implicit. In the implicit case, the simile leaves the audience to determine for themselves which features of the target are being predicate
Post a Comment
Read now »

How does Edmund Spenser feel pangs of love? 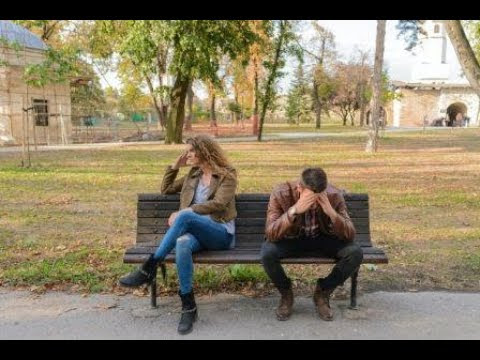 Ice and Fire – Sonnet 30 Edmund Spenser My Love is like to ice, and I to fire: How comes it then that this her cold so great Is not dissolved through my so hot desire, But harder grows the more I her entreat? Or how comes it that my exceeding heat Is not allayed by her heart-frozen cold, But that I burn much more in boiling sweat, And feel my flames augmented manifold? What more miraculous thing may be told, That fire, which all things melts, should harden ice, And ice, which is congeal’d with senseless cold, Should kindle fire by wonderful device? Such is the power of love in gentle mind, That it can alter all the course of kind. Genre - Sonnet Rhyme Scheme -   ab ab/bc bc/cd cd/ee The Sonnet “ICE AND FIRE” (Number Thirtieth) is taken out from the collection named Amoretti (a collection of 89 sonnets by Edmund Spenser addressed to Elizabeth Boyle). The poem follows the tradition of the Elizabethan Age. Poet has used full of far-fetched turns of tho
2 comments
Read now »

- January 21, 2021
Emily’s father, Patrick Bronte, was an Irishman. He was priest of the Church of England. Her  mother Maria Branwell was Cornish. Her mother died in September 1821. On 19 December 1848, Emily Died at Age of 30. Her Sister Charlotte found a manuscript copy of some verses written by Emily. Then another sister Anne shyly produced some poems. After that, they composed a collection and published it under the title of “Poems” though they published it under pseudonyms – Currer Bell, Ellis Bell and Acton Bell. Her literary output was very merge. She composed some poetry, she wrote just one novel. Wuthering Heights (1847)
2 comments
Read now »

- January 20, 2021
Biography He was born on October 21, 1772 in Ottery St. Mary, Devonshire. His father, John Coleridge was  Schoolmaster cum Parson. At the age of eight-he left, his home after a quarrel with his brother and spent the night on the Bank of a stream. Since early childhood, he was highly imaginative and interested in reading. He had read The Bible before he was five. After his father Death in 1781, he was sent to Christ’s Hospital, where he remained until 1782. He found escape in books. He read Homer, Virgil, Shakespeare and many more. He also studied medicine and metaphysics. His first love was Mary Evans who was a sister of one of his friends. In 1791, he joined Jesus College, Cambridge as charity student.   For a time he found himself in debt. To flee from his troubles, he went to London in 1793. Coleridge left Cambridge in 1794 without completing his degree. Later Coleridge married Sarah Fricker, the sister of Robert Southey’s Fiancee. Chronology   1772 – S.T. Coleridge born October 21
Post a Comment
Read now »

- January 19, 2021
I met a traveller from an antique land, Who said—“Two vast and trunkless legs of stone Stand in the desert. . . . Near them, on the sand, Half sunk a shattered visage lies, whose frown, And wrinkled lip, and sneer of cold command, Tell that its sculptor well those passions read Which yet survive, stamped on these lifeless things, The hand that mocked them, and the heart that fed; And on the pedestal, these words appear: My name is  Ozymandias , King of Kings; Look on my Works, ye Mighty, and despair! Nothing beside remains. Round the decay Of that colossal Wreck, boundless and bare The lone and level sands stretch far away.” Source:  Shelley’s Poetry and Prose  (1977) Ozymandias exemplifies the conceit of human greatness and the failure of all efforts to immortalize his grandeur. Ozymandias was a great Egyptian king, a life like statue of whom was made to immortalize his memories. Now the Statue seen half-buried
Post a Comment
Read now »

Supernatural Machinery Used By : Alexander Pope in his (Rape of Lock) Mock Epic

- January 16, 2021
In the dedication poet explains that machinery is a term invented by the critics’ to signify the part, which deities, angels, or demons play in a poem. He goes on to say that the machinery in his poem is based on the Rosicrucian doctrine of spirits. According to this doctrine, the four elements are inhabited by sylphs, nymphs, gnomes, and salamanders. The sylphs, whose habitation is in the air, are supposed to be the best-conditioned creatures imaginable. Poet tells us in the poem that beautiful women return, after their death, to the elements from which they were derived .Termagants, or violent tempered women become salamanders or spirits of the fire. Women of gentle and pleasing disposition pass into nymphs or water spirits. Prudish women become sylphs or spirits of the air. Poet attributes to the mischievous influence of the gnomes many unguarded follies of the female sex, which he holds up to ridicule. The first and perhaps the foremost occupation of the sylphs is the protectio
1 comment
Read now »
More posts